Nick Kingsbury is an international software entrepreneur and venture capitalist. He started out founding software and consultancy companies and, after selling to Staffware in 1996, moved to private equity investor 3i as software and internet sector head, advising on more than 80 investments in eight years. Since 2007, Nick has advised venture capital funds and invested in early stage companies including Famecount (sold to Starcount) and SaaSID (sold to Intermedia), Censornet and ExactTrak. He chaired Accumuli, an AIM listed cyber security integrator and managed security services provider, sold to NCC Group for £55m in April 2015.

Volker Hirsch is an entrepreneur who has founded and co-founded seven companies to date. Starting out as a corporate lawyer with Luther in Hamburg, he left to join one of the world’s first mobile technology incubators in 2000 and, over the next ten years, helped launch some of the earliest services and applications in the mobile space. As Chief Strategy Officer at Scoreloop, a mobile social gaming platform, he helped it grow to 450m users at its peak. After its acquisition by BlackBerry in 2011, he served as BlackBerry’s Global Head of Business Development – Games.

Volker is currently co-founder of Blue Beck, a mobile development house. He is Venture Partner at Emerge Education, the EdTech accelerator programme, and co-founder of Tech North Advocates, championing the case for technology and innovation in the North of England.

Anne Glover, CEO, Amadeus Capital Partners, commented: “As two of the most respected and seasoned early stage investors in the UK, Nick and Volker’s extensive networks will give Amadeus a great competitive edge. They have hit the ground running identifying start-ups with strong growth potential that can benefit from our 21 years’ of experience. Volker’s work as a tech advocate in the North of England also brings us closer to the compelling innovations occurring in that region.” 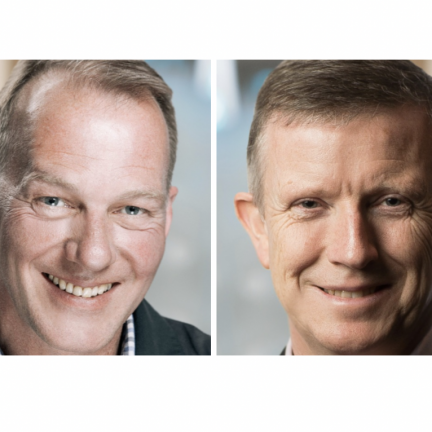