In this video Nikola Mrkšić, CEO of PolyAI, explains his rationale for founding the company and how their machine learning conversational agent could revolutionise the way customers interact with enterprises.

Nikola describes how PolyAI’s single machine learning model can support every interaction, making their technology more efficient than traditional systems which require hundreds, if not thousands, of machine learning models to work in unison to achieve the same outcome. An important example of this is how PolyAI have already deployed their automated reservationist into a large UK restaurant chain which has increased efficiency, by allowing more calls to be answered with less input from staff.

Nikola sees taking voice-based AI into the mainstream as the next logical step for the company. With their technological expertise and consumer acumen, they are ideally placed to become the industry leader in this field. 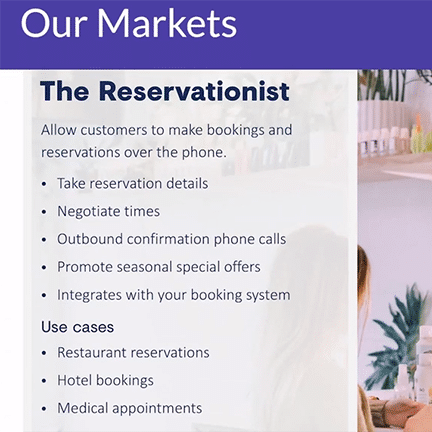 More videos in this series