12 September, London – Unlikely AI has today announced the close of a $20m seed round involving a range of prominent UK venture capital funds and angel investors. The start-up will use the funding to boost the development of its ambitious, fresh approach to artificial intelligence (AI) and expand its team.

Unlikely AI was founded by William Tunstall-Pedoe, best known for his role in the development of Amazon Alexa. His first start-up, Evi Technologies (formerly True Knowledge), developed technology for natural language understanding and question-answering. Evi launched a voice assistant with the same name in 2012 that saw millions of downloads in the first few months. The company was then acquired by Amazon, where the technology, team and know-how were used to create, launch and further develop Alexa – the world-famous AI assistant that saw more than a hundred million devices sold during its first few years on the market. William left Amazon in 2016 and Unlikely AI is his next big venture.

The recent round follows on from a £1.1m angel-only round in October 2020, which saw 26 prominent angel investors contribute, 19 of whom followed on to the current round. The angels include Christopher North, who was the UK country manager for Amazon following Amazon’s acquisition of Evi; Patrick Pichette, the former CFO of Google and current Twitter board member; the prominent Silicon Valley executive Barak Berkowitz; and many members of Cambridge Angels, a group of more than 60 high-net worth investors of whom Tunstall-Pedoe is also a member. Berkowitz has also joined the board of the company following the round.

Tunstall-Pedoe comments on the announcement: “The entire team is very excited about the opportunity that this financing has given us to develop Unlikely AI and its technology, and we are delighted to partner with our new investors.”

Amelia Armour, Partner at Amadeus Capital Partners, who is joining Unlikely AI’s board, comments: “We’re excited to be backing William in his latest venture. Unlikely AI has the potential to disrupt many sectors and William has the knowledge and experience to build a global company of immense value.”

Simon King, Partner, Octopus Ventures comments: “Evi Technologies was one of the first investments Octopus Ventures made from our Titan fund and it gave us the opportunity to see how unique William’s knowledge and pedigree in AI are. A decade on from Evi’s success, we couldn’t be happier to be working with him again as he and his team build on another world changing idea.”

About Unlikely AI
Unlikely AI is an early-stage London-based start-up pursuing an ambitious and fresh approach to artificial intelligence (AI), developing products that do things previously considered impossible for computers. The company was founded by William Tunstall-Pedoe, who is best known for his role in the development of Amazon Alexa following the acquisition of his previous start-up Evi.

About Amadeus Capital Partners
A trailblazer for three decades, Amadeus invests in people who create transformational technologies and sustainable businesses. We back early stage and growth companies in Europe and Latin America, from our locations in Cambridge, London and Oxford, San Francisco and São Paulo.

About Octopus Ventures
For the people and ideas that will change the world, because we believe you can build a better tomorrow by investing in it. We can back you at every stage of your journey, from ideas on a page through to IPO. Each year we deploy more than £200 million across five areas where we see maximum potential for impact: health, fintech, deep tech, consumer and B2B software. We’ve backed the likes of ManyPets, Cazoo, Depop, Elvie and WaveOptics alongside many others have gone on to join forces with the world’s largest businesses. 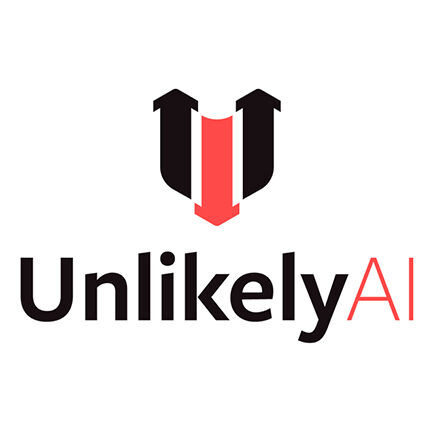