CAMBRIDGE, UK, 25 JANUARY, 2021: Riverlane, a quantum software company, today announces that it has raised $20m in Series A funding to build Deltaflow, its operating system for quantum computers. Over the past year, Riverlane has signed up 20% of the world’s quantum hardware manufacturers to use Deltaflow and will use the funding to expand internationally to the US, Europe and beyond.

The round was led by European technology venture capital fund Draper Esprit, and supported by existing investors, Cambridge Innovation Capital, Amadeus Capital Partners, and the University of Cambridge.

Quantum computers will change the world by solving problems that are fundamentally impossible to solve on classical computers. This step change in computing power will have an enormous impact on a variety of industries, for example the pharmaceuticals and materials industry. Over the next five years we will continue to see rapid progress in quantum hardware development and, as the quantum industry develops, it’s vital that software is built on a solid foundation.

Riverlane’s operating system Deltaflow creates a thriving quantum ecosystem, giving software developers access to all types of quantum computers at the right level. Providing a shared language for applications and quantum hardware development, Deltaflow is the infrastructure for great engineering and collaboration across the industry.

This new funding follows a £3.25 million seed round completed in June 2019.

Commenting on the round, Steve Brierley, Founder and CEO of Riverlane, said:
“For a quantum ecosystem to thrive, we urgently need an operating system. An operating system makes quantum computers useful – it allows programs and applications to run on many different machines. Riverlane aims to make our operating system Deltaflow a global standard.

“I’m delighted to partner with Draper Esprit as we build the operating system for quantum computers and develop new collaborations with amazing quantum hardware companies.”

Commenting on the round, Stuart Chapman, Director at Draper Esprit said:
“Draper Esprit has a heritage of supporting world-changing technologies as they scale. Riverlane is showing what is already possible as quantum emerges into the commercial world and we’re excited by the traction they already display. Hardware manufacturers are already seeing the benefit from Deltaflow as Riverlane commercialise their technology. We look forward to seeing where Riverlane can go next.”

Andrew Williamson, Managing Partner at Cambridge Innovation Capital, said:
“A key goal for quantum computing is realising quantum advantage – solving a problem that classic computers cannot solve as efficiently, or even at all. Riverlane’s Deltaflow accelerates the development of quantum computers that demonstrate quantum advantage by optimising the performance of quantum circuits for the underlying hardware. This means the commercialisation phase of quantum computing is arriving and we are proud to continue to support one of the field’s pioneers – Riverlane.”

Amelia Armour, Partner at Amadeus Capital Partners said:
“There are many ways to build a quantum computer and what is exciting about the Deltaflow operating system is that it is portable across all the different types of hardware. We are delighted to support Riverlane again as they expand their hardware agnostic platform and create an ecosystem for application developers.”

Elaine Loukes, Investment Director at Cambridge Enterprise said:
“We are delighted to continue our support for the Riverlane team. They have made incredible progress since our first investment and through their exceptional innovation, we believe they will be a key player in the emerging quantum computing world.”

Riverlane builds ground-breaking software to unleash the power of quantum computers. Backed by leading venture-capital funds and the University of Cambridge, it develops software that transforms quantum computers from experimental technology into commercial products.

Riverlane teases the highest possible performance out of quantum software to reach quantum advantage sooner. They go deep into the stack so hardware partners can focus on the physics and build better full-stack solutions. The company works with the chemical, pharmaceutical and materials industries to improve algorithms and specify early killer applications of quantum computers.

Riverlane’s world-leading, multi-disciplinary team has a razor-sharp focus on doing whatever it takes to get to useful quantum computing, sooner. 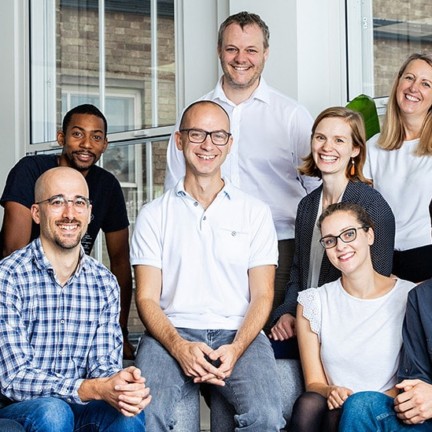