PolyAI’s platform powers conversational AI agents that guide users through complex customer support scenarios. The agents are based on PolyAI’s proprietary machine learning and natural language processing technology, which allows them to scale seamlessly across different use cases and world languages.

“Developing sophisticated AI technology while formulating a compelling SaaS proposition is a significant challenge, and it has delayed the real-world deployment of conversational AI for far too long,” said Nikola Mrkšić, PolyAI co-founder and CEO. “Attempts to bring modern AI to customer support have been largely unsuccessful – due to a lack of data and insufficient understanding of contact center operations. To make rapid progress, we plan to pursue very close integration with existing contact centres.”

“Our machine learning platform works to empower human agents, not replace them,” Shawn Wen, PolyAI co-founder and CTO said. “Our AI agents learn by listening to humans – then, they provide suggestions and improve through feedback. They can do many things that we as humans struggle with. They have instant access to all relevant information and can speak any world language. At peak times, they can handle calls autonomously if human agents are not available.” Mrkšić added: “Ultimately, AI agents are not a replacement for the human touch, which is essential for great customer experience. However, automation is key for changing the economics of a contact centre – if the AI agents can deal with the most routine use cases, this leaves the more complex cases to humans, where they can bring the most value.”

The London startup was founded in 2017 with a core team of scientists and engineers from Cambridge’s Dialog Systems Group. The CEO and co-founder, Nikola Mrkšić, was the first engineer at VocalIQ, a start-up that developed proprietary software to improve dialogue interactions in voice-activated systems, sold to Apple in 2015 to be integrated with Siri.

“We believe strongly in the potential for AI to transform existing industries by improving both customer satisfaction and workforce efficiency, and we’re thrilled to support PolyAI’s mission to build the world’s most advanced call centres,” said Sri Chandrasekar, Partner at Point72 Ventures.  “Nikola, Shawn, and Eddy have put together an impressive team of builders and engineers at PolyAI who are poised to modernize this important aspect of customer service.”

Hermann Hauser, Co-Founder and Venture Partner, Amadeus Capital Partners, said: “PolyAI has identified, in customer experience, a major market in need of intelligent automation. They have a deep knowledge of how conversational AI can enhance human interaction and communication in order to transform the customer service experience. Amadeus is pleased to support this exceptionally smart and proven team as they build out the business.”

About PolyAI
PolyAI is a London-based technology company with a state-of-the-art machine learning platform for creating conversational agents. The PolyAI platform empowers contact centres, allowing them to deliver the next-generation of customer experience at a fraction of the cost paid by their competitors. PolyAI’s conversational AI agents understand users and can hold conversations without getting confused. They are available 24/7 and can easily scale to support new use cases or to speak almost any world language. 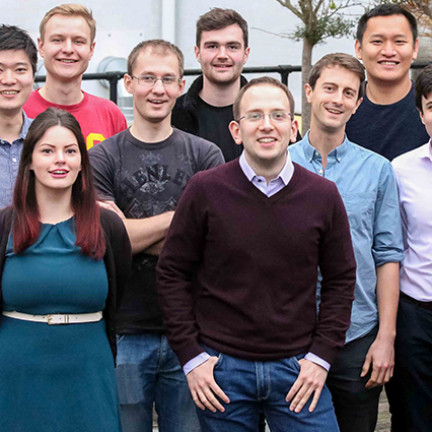