New Chair of the Court of the Bank of England appointed

I am delighted that Brad Fried has agreed to take on this vital and demanding role for the Bank. He will build on the strong foundations established by Anthony Habgood over the past four years. Anthony overhauled the Bank’s governance and improved the workings and transparency of Court, leaving behind him a body that is well positioned to guide the Bank for years to come.

I also welcome the appointment of Diana Noble and Anne Glover to Court. The depth and range of their private sector experience will be major assets to Court’s oversight of the Bank’s activities. I would also like to thank Tim Frost for his many contributions to Court and its Committees over the past six years.

The Court of the Bank of England is the governing body responsible for managing the affairs of the Bank, outside the formulation of monetary policy. The Court’s responsibilities include determining the Bank of England’s objectives and strategy, and ensuring the effective discharge of the Bank’s functions and the most efficient use of its resources.

Its members are appointed by the Queen on the recommendation of the Prime Minister and the Chancellor of the Exchequer. The appointment and reappointment processes are regulated by the Office for the Commissioner of Public Appointments. All appointments to the Court are made on merit and all appointees have confirmed that they have not engaged in any political activity in the last five years.

Bradley Fried has been a non-executive director at the Court of the Bank of England since 2012. Before his appointment as Chairman, he was Deputy Chairman of the Court and Chairman of the Audit and Risk Committee. He is a co-founder of Grovepoint, prior to which he was Chief Executive Officer of Investec Bank plc.

Bradley is currently a non-executive director on the board of the Financial Conduct Authority and Payment System Regulator. Following this announcement, he will step down from both positions.

Diana Noble is a non-executive director at the Business Growth Fund, a position she has held since 2016. She was CEO of CDC Group plc between 2011 and 2017, and Executive Vice President of the Clinton Foundation’s Health Access Initiative. She began her career in Private Equity as a partner at Schroder Ventures which became Permira.

Anne Glover is Co-founder and CEO of Amadeus Capital Partners Limited. She is a member of both the Council for Science and Technology, and London Business School’s Private Equity Institute Advisory Board. She is an Honorary Fellow of the Royal Academy of Engineering In 2006, she was awarded a CBE for Services to Business.

Diana Harding is currently a non-executive director on the Bank of England’s Court of Directors and Chair of the Bank’s Remuneration Committee. She sits in the House of Lords as a Conservative peer and is a member of the Lord’s Economic Affairs Select Committee. She is a trustee of Doteveryone and a member of the UK National Holocaust Foundation Board.

Dido was Chief Executive of TalkTalk Telecom Group plc from 2010 to May 2017 and before this worked in a range of business roles.

Don Robert joined the Court of the Bank of England as a non-executive director in July 2014. He currently serves as non-executive Chairman of Experian plc. He has held previous executive roles with First American Corp and Credco Inc.

Dorothy Thompson was CEO of Drax Group plc from September 2005 up to December 2017. She is also a non-executive director of Eaton Corporation plc and chair designate of Tullow Oil.

Before joining Drax, Dorothy worked for InterGen, an independent power company. Dorothy started her career in development banking, working for the Commonwealth Development Corporation in the UK and Malaysia and the National Development Bank of Botswana in Botswana.

The gender breakdown for this appointment is below: 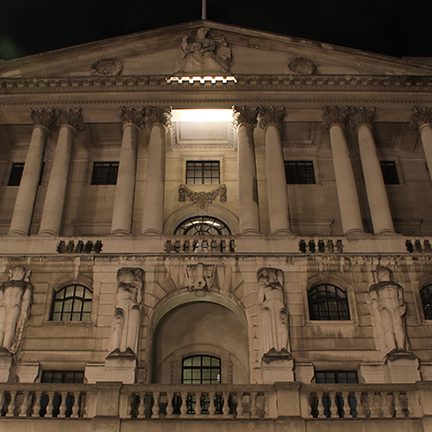