Seldon is a pioneering global technology business focused on the fast-growing machine intelligence market. Its open-source machine learning deployment platform makes it easier and quicker to manage, serve and optimise machine learning models at scale. The platform is built on cloud-native technologies such as Kubernetes.

Since its inception in 2014, Seldon has built a global community of loyal users who leverage their diverse industry backgrounds to provide validation and feedback. Seldon’s initial product offering, Seldon Core, had over 170,000 installs in 2018 and recorded 38% month-on-month growth in H2 2018. In 2019, it will release new enterprise-scale software, Seldon Deploy, which enables data science specialists to move into production more easily with compliance, offering audit trails and approvals, advanced experiments, and model explanations.

Commercial success is being driven by business wins across multiple sectors including fintech and retail sectors, supporting business-critical applications such as FX trading, churn prediction and stock optimization. Seldon was part of Techstars Barclays Accelerator London in 2016 and is a guest advisor to the UK’s All-Party Parliamentary Group on Artificial Intelligence.

This Seed round is led by Amadeus Capital Partners, one of Europe’s most active venture capital investors in AI and machine learning according to Pitchbook, along with Global Brain Corporation, one of the largest Japanese deep technology venture capital investment firms with global presence in Tokyo, London, Seoul, Singapore and San Francisco, and Techstars, who have been supporting Seldon since it took part in the Barclays Accelerator. Existing investors include Force Over Mass Capital, Playfair Capital, Cascade Global and angels, all of whom committed further capital in the round.

Alex Housley, CEO and founder of Seldon observes: “Machine learning is revolutionising every industry. It has become much easier to build predictive models but deploying and managing these models in production is the limiting factor.

“The world’s most innovative businesses now face the challenge of creating robust, reproducible and compliant production workflows between disparate teams of data scientists, engineers and business leaders. Seldon and our community, customers and partners are creating the new open standard for machine learning deployment across hybrid and multi-cloud environments.”

Alex van Someren, Managing Partner, Amadeus Capital Partners, said: “There has been a lot of hype around machine learning but real-world applications are where the rubber must now hit the road. Seldon’s open standard approach can ‘democratise’ access to AI’s benefits beyond big tech companies. We’re pleased to be funding Seldon as it looks to double its team size in 2019.”

Seldon Technologies Ltd was founded in 2014 with a simple aim: to accelerate the adoption of machine learning to solve some of the world’s most challenging problems. We make this happen by democratising technologies that were once the preserve of tech giants – and putting them in everyone’s hands.

By February 2015, we’d made our first open-source release which has since grown into one of the world’s most popular machine learning platforms. A year later, as part of the Techstars Barclays Accelerator, we began building applied AI use cases alongside the brightest minds in finance and technology. And we haven’t stopped.

More information about Seldon can be found at https://www.seldon.io and the Seldon Core open-source project can be found on Github at https://github.com/SeldonIO/seldon-core

Learn more about Seldon Core on: 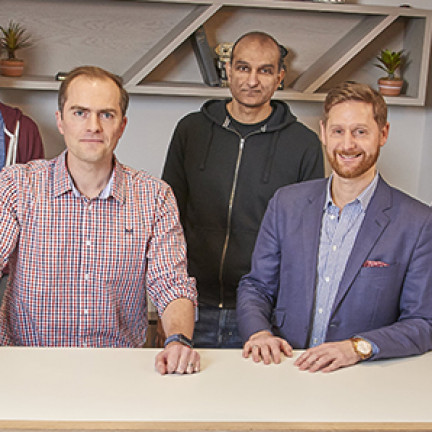