There are 7,000 known rare diseases that affect 350 million people worldwide. 1 in 20 people on the planet suffer from a rare disease – in aggregate, rare diseases are not rare. Yet 95% of rare diseases still do not have an approved treatment. Rare disease patients and families have been let down by a broken traditional pharma model that is dependent on and focuses on blockbuster drugs.

Healx’s mission is to reverse this by using Artificial Intelligence (AI), deep pharmacological expertise and extensive patient engagement to give sufferers of rare disease a better quality of life. Healx’s massively parallel approach combines cutting edge technology with one of the largest collections of insights from rare disease patient groups. The company was founded in 2014 by Dr Tim Guilliams, a Bio-Chemical Engineer and founder of the Cambridge Rare Disease Network, Dr David Brown, the inventor of Viagra and ex-Global Head of Drug Discovery at Roche and Dr Andreas Bender, a lecturer and researcher at Cambridge University’s Centre for Molecular Sciences Informatics.

“Healx has a simple but profound goal: To transform the lives of rare disease patients. Our technology helps us find treatments where none currently exist,” explained co-founder and CEO, Tim Guilliams. “Our proven approach is to start from existing drugs and apply artificial intelligence to niche disease populations, working with patient groups to accelerate treatment development. Our success comes from our world-class multi-disciplinary team of experts, leveraging cutting-edge artificial intelligence techniques to cut the discovery-to-treatment time from years to months.”

Healx’s technology has already been used successfully, including most recently in collaboration with FRAXA, the patient group for the Fragile-X Syndrome. A drug for Fragile-X that was discovered by Healx’s platform was ready for the clinic in less than 15 months, cutting typical drug development timelines by 80% and doing so at a substantially reduced cost.

At the heart of Healx, is HealNet, one of the world’s most comprehensive knowledgebases for rare disease, mapping over one billion unique disease, patient and drug interactions. HealNet was built and is maintained using a variety of machine learning methods applied to a wide range of data types from both publicly available and exclusive sources including scientific literature, patents, clinical trials, disease symptoms, drug targets, multi-omic data and underlying chemical structures. HealNet facilitates highly parallelized, automated, large scale drug discovery that drastically reduces time and cost to discovery compared to traditional processes.

Dr Matt Might, Rare Disease Parent, Professor of Internal Medicine, Professor of Computer Science, and Director of Hugh Kaul Precision Medicine Institute, University of Alabama, said: “What is exciting about Healx is the enormous potential of HealNet. While other companies have built one-off AI systems to analyse a smaller number of fixed datasets as part of a broader drug discovery process, Healx is building a long-term platform that is capable of incorporating data from every conceivable source and using that to build an overall understanding of patients, diseases and drugs. The company has already shown the fruits of this asset for a number of diseases and this next round of funding will allow them to apply it to a significantly larger number of diseases.”

Equally important to Healx’s success to date has been its treatment strategy. While the technology could be used for the development of new therapies, the company has so far focused on finding new uses for existing drugs and their application in potential combination therapies. Applying this strategy within the context of rare disease has allowed Healx to further improve speed to market – existing drugs require fewer and less complex trials and the Orphan Drug Act was designed to encourage research and development of therapies for rare disease.

The $10m investment will be used to more than double Healx’s diverse and multi-disciplinary team of software engineers, data scientists, pharmacologists and drug development experts from the rich cross-disciplinary Cambridge ecosystem and to expand its world class artificial intelligence and machine learning technologies. Balderton’s Suranga Chandratillake will be joining the Board alongside Shaun Grady (Global Vice-President Business Development Operations, AstraZeneca), Dr Hermann Hauser (Co-Founder of Amadeus Capital Partners), Dr Jonathan Milner (Founder and ex-CEO of Abcam, LON:ABC, and Founder of the Milner Institute for Therapeutics).

David Brown, PhD, Co-founder and Chief Scientific Officer, Ex-Global Head of Drug Discovery, Roche, and Co-Inventor of Viagra, added, “The traditional drug discovery process takes 10 to 15 years at a cost of $2 billion per new drug and with a failure rate of 95 per cent – it’s broken, it’s slow, it’s high failure, and it’s not economic for rare diseases. However, today’s technology can change that and help 350 million under-served rare disease patients. Healx is showing that we can massively transform the rate of discovery of new medicines, reducing timelines and costs.”

Suranga Chandratillake, Partner at Balderton Capital, explained: “Historically, the pharmaceutical industry has focused on what is the same about everyone, building blockbuster drugs that affect large groups of people. The future of medicine will focus on what is different about everyone, personalising treatment and taking the individual into context. The first frontier of this exciting new direction for medicine is rare disease and the only way it can be solved is by using automation to deliver a step-change in the volume of discovery that is possible. Healx’s HealNet platform, at the forefront of this shift, is already delivering value and Balderton is excited to have the opportunity to be part of the company’s journey.”

Healx was selected in the global ‘Disrupt 100’ list 2017, covered in the Harvard Business Review, and awarded ‘Cambridge Graduate Business of the Year’ 2016 by Business Weekly and ‘Life Science Business of the Year’ 2015 by Cambridge University Entrepreneurs. The company has raised capital from Balderton Capital, Amadeus Capital Partners and Jonathan Milner. For more information, please visit https://healx.io/ or follow @healx

Amadeus Capital Partners is a global technology investor. Since 1997, the firm has raised over $1bn for investment and used it to back more than 130 companies. With vast experience and a great network, Amadeus’ team of investors and entrepreneurs share a passion for the transformative power of technology. We invest in consumer services, financial technology, artificial intelligence, cyber security, medical technology, digital healthcare and digital media. 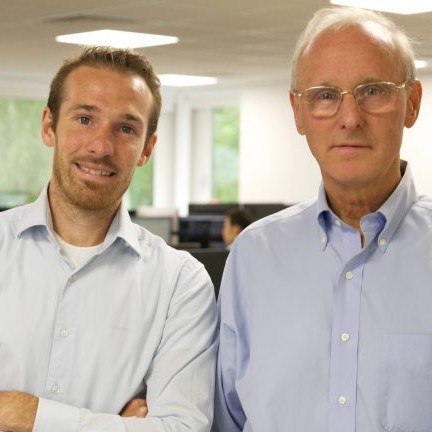