Cambridge, UK 15 August – Constructive Bio (the “Company”) today announces its launch as a new UK-based biotechnology company following the completion of a $15 million seed round and an exclusive license to IP developed by Professor Jason Chin’s Laboratory (the “Chin Lab”) at the Medical Research Council’s Laboratory of Molecular Biology (“MRC-LMB”).

The Chin Lab has pioneered the development and application of methods for reprogramming the genetic code of living organisms, rewriting the near-universal genetic code of natural life to create organisms that use new genetic codes. The new organisms deliver remarkable properties: they are resistant to a wide variety of viruses, they can be programmed to make new unnatural, or synthetic, polymers, and even perform entirely new functions.

The Company, which is headquartered in Cambridge, UK, is based upon two core proprietary platform technologies:

i. Large scale DNA assembly – to construct large chunks of DNA at unprecedented scale eg. whole bacterial genomes can be built from scratch; and

Together, Constructive Bio’s technologies will be used to synthesise polymers with non-natural amino acids for commercial applications across a range of industries including novel therapeutics and antibiotics, enhanced agriculture, manufacturing and materials. In addition, the strains’ phage resistance can be used to increase bio-manufacturing yields. Further, novel polymers can be designed with the ability to breakdown and recycle the monomers to support a circular, sustainable economy, offering approaches to transform industries such as the c.$750bn global polymers market, and help overcome global challenges such as climate change to benefit the planet and mankind.

Professor Jason Chin, FRS, and Chief Scientific Officer of Constructive Bio said: “Over the last 20 years we have created a cellular factory that we can reliably and predictably program to create new polymers. The range of applications for this technology is vast – using our approach we have already been able to program cells to make new molecules including from an important class of drugs and to program cells to make completely synthetic polymers containing the chemical linkages found in biodegradable plastics.

Now is the right time to commercialise this technology. I am pleased that we have attracted significant support and seed funding to establish Constructive Bio and capture this opportunity. By taking inspiration from nature and reimagining what life can become we have the opportunity to build the sustainable industries of the future.”

Dr Ola Wlodek, CEO of Constructive Bio said: “I am excited to join Constructive Bio at inception and work with Jason to commercialise his ground-breaking research. Our technology uses biology to access novel chemical space and generate polymers with a wide range of commercial applications across multiple industries, with an initial focus on bioproduction where our technology has significant commercial value in the near term.”

The substantial seed round came together as a partnership between Amadeus Capital Partners, Ahren, General Inception and OMX Ventures. The funding will be used to build out the technology platforms for commercial application, including assembling synthetic genomes and synthesis of non-natural polymers using bacterial strains.

Pierre Socha, Partner, Amadeus Capital Partners, added:
“If we think of cellular biosystems as biological factories, we need to be able to write the cell’s operating system in a rapid, accurate and affordable way. The foundational challenge then becomes how to write the DNA of whole living organisms, from scratch, to optimise the manufacturing of these bioproducts. And that’s what Constructive Bio is going after. By creating tools that allow us to design and program cells, we will address issues from protein-based therapeutic design, industrial and environmental sustainability, food and agriculture, to consumer care and electronics.”

Matthew Newcombe-Ellis, Operating Partner, Ahren Commercial Engine, said:
“We are delighted to support Jason and the Constructive team in commercialising this breakthrough technology. With highly valuable near-term applications and transformational potential across a wide range of industries in the medium term, we believe it is important to establish Constructive with the resources and tools to fully capture this value. We look forward to working with the company and its commercial partners and our co-investors, all of whom have provided key contributions, to deliver on this substantial opportunity over the coming years.”

Notes to Editors
*To reprogram the genetic code, new translational machinery (including technologies involving orthogonal ribosomes, aminoacyl-tRNA synthetases and tRNAs) was created. Additionally, a completely synthesized bacterial genome in which the number of sense codons in its genetic code was reduced. The unused codons were reassigned to encode the synthesis of non-canonical polymers and macrocycles and proteins containing non-canonical amino acids.

About Constructive Bio
Constructive Bio is a spin-out from the laboratory of Prof. Jason Chin at the MRC Laboratory of Molecular Biology in Cambridge, UK. Constructive Bio’s platform is based on a series of landmark publications (Fredens et al., Nature 2019 & Robertson et al., Science 2021 ) that allows us to fundamentally reprogram the genetic code, and make molecules that nature could not make itself. We will use our technologies to biosynthesize new classes of enzymes, pharmaceuticals and biomaterials.

About Professor Jason Chin
Jason is a Programme Leader at the Medical Research Council Laboratory of Molecular Biology, where he is also Head of the Centre for Chemical & Synthetic Biology (CCSB). He is Professor of Chemistry & Chemical Biology at the University of Cambridge, and holds a joint appointment at the University of Cambridge Department of Chemistry. He is also a fellow in Natural Sciences at Trinity College, Cambridge.

Jason’s work has been recognized by several awards, including: the Francis Crick Medal and Lecture (Royal Society, 2009), the Corday Morgan Prize (Royal Society of Chemistry, 2010), the EMBO Gold Medal (European Molecular Biology Organization, 2010), the Louis Jeantet Young Investigator Career Award (Jeantet Foundation, 2011), the Sackler International Prize in Physical Sciences (Tel Aviv University, 2019), and the Meyerhof Medal and Lecture (Max Planck Institute Heidelberg, 2021). He is a member of EMBO (2010) and the Academy of Medical Sciences (2016). Jason was recently elected as a Fellow of the Royal Society.

About Amadeus Capital Partners A trailblazer for three decades, we invest in people who create transformational technologies and sustainable businesses. We back early stage and growth companies in Europe and Latin America, from our locations in Cambridge, London and Oxford, San Francisco and São Paulo. 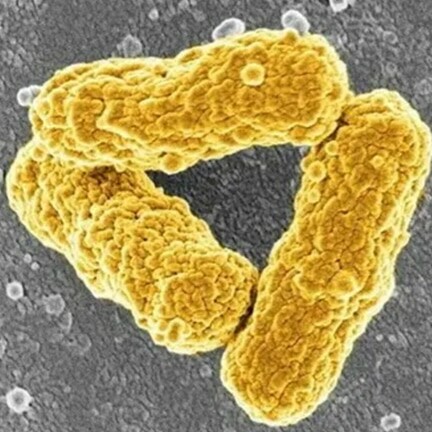