XYZ Reality, the UK start-up transforming the construction industry, has today announced the closing of a £5 million Series A round, led by Amadeus Capital Partners and Hoxton Ventures, with participation from Adara Ventures and J Coffey Construction.

Named a top five Construction Technology Firm by Techworld and the winner of Innovate UK 2018 & 2019 grants, XYZ Reality is already revolutionising construction with its vision of building from holograms.

In construction today, buildings are designed in 3D and then converted into 2D drawings. This conversion creates significant inefficiencies with up to 80% of construction works being “out-of-tolerance”. This results in 7-11% of project costs being wasted and in mega-projects, this amounts to an average of £70 million.

XYZ Reality’s HoloSite solves this by improving the feedback loop between site and design by 92% as construction workers are now able to make real-time informed decisions in the field.

Founder, CEO and builder David Mitchell commented, “2D is an unnatural language for humans; we see everything in 3D, yet tradespeople are being asked to interpret 2D drawings, conceptualise the 3D asset and then build the asset on-site to within construction “tolerances”.

“Works are currently validated after the fact through laser scanning. 80% of the time the construction fails to meet acceptable tolerances. With HoloSite, we can prevent errors happening in the first place.”

Mitchell, who took his first steps on a building site, has spent his career in the industry, with experience spanning digital construction and architecture. It was when the recession hit in 2008 that Mitchell started looking for a way to transform the industry. In 2016, he had his ‘Eureka moment’ – eliminate 2D in its entirety.

The new funding will enable the company to further improve the user experience by doubling the size of the technology team, expand its development team across all verticals and build its sales and marketing operation.

Nick Kingsbury, Partner, Amadeus Capital Partners said, “Construction is a sector that’s ripe for radical innovation. This technology has the potential to revolutionise how the construction industry sets out and validates its work, reducing costs and the chance of project slippage from mistakes.

“This funding from Amadeus and Hoxton Ventures will enable XYZ Reality to develop its AR cloud and software platform, build its team to serve the EU market and expand to US and Asia, where it has received significant interest.”

– XYZ Reality is a safety-first company aiming to revolutionise the construction industry. It’s software cannot be used without carrying out a risk assessment on site and the technology ensures the environment is safe for workers, highlighting any potential slips or fall hazards before starting.

-HoloSite is a product made by the people it serves. Not only is it crafted by a builder but XYZ Reality constantly validates and trials its products on peers within the industry to create a truly revolutionary product that will change the lives of construction workers.

– XYZ Reality believes that the technology can be used by non-experienced builders contributing to closing the skills-gap in construction and opening doors for young talent.

On a mission to eliminate 2D in its entirety and bring an industry in decline back to life, XYZ Reality is enabling construction workers around the world to build from holograms and it’s making a huge dent on the 77% of megaprojects that overrun globally.

Construction workers can now view and position design models on site to 5mm accuracy and make real-time decisions in the field. The ground-breaking technology also significantly eliminates errors out of tolerance and reduces the time taken from set-out to build.

Named one of the top five construction technology firms, XYZ Reality is focused on making the lives of all construction workers easier by democratising the skill-set, boosting productivity and closing a skills-gap.

They term AR, Assisted Reality, existing only to enhance the role of the construction worker. 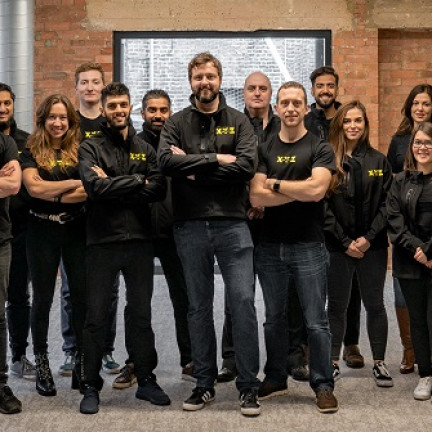