With a strong track record in Latin America, including Creditas in Brazil, Amadeus expects to invest around $150m in the region over the next five years.

São Paulo, 10 August 2021 – Amadeus Capital Partners, a venture capital firm with a long track record of backing innovation-led, fast-growing companies, is building its presence in Latin America, a region in which it has been investing since 2013. To advance this expansion, the company has been joined by a new partner in São Paulo, Beatriz Amary, who brings nearly 20 years of Latin American growth stage investing to the team. The venture capital firm expects to invest around $150m in the region over the next five years.

In Brazil, Amadeus already has two successful investments – category leaders Creditas, the consumer lending platform which recently raised $255 million at a valuation near $2 billion, and Descomplica, Brazil’s first digital college. Four sectors are on the company’s radar, all undergoing rapid transformation due to technological innovation: fintech, edtech, SaaS and next generation ecommerce. In each of these sectors, Amadeus sees the potential to deliver financial returns while also creating positive impact, specifically in the areas of financial inclusion, education, and small and medium enterprise development.

“It is really exciting to work with Amadeus, a true technology investment firm, in this environment of digital transformation. Amadeus’ mission is to build global companies from new ideas and deliver returns to investors. I am proud to be part of a team that brings the know-how and networks to help entrepreneurs build great companies. There is a gap in the market for private investors serving the needs of growth companies that are driving digital transformation, and this is the moment of opportunity for investors”, says Beatriz.

Beatriz’s hiring follows the 2020 addition of Kai Schmitz, based in Bogotá, Bolivia, who joined Amadeus after leading fintech investing in Latin America for the IFC. Beatriz and Kai join long-time Amadeus partner Pat Burtis to pursue a dedicated Latin America strategy. Together, this team has successfully invested more than $300 million in early-growth and growth stage companies in Latin America.

“The Latin American economy is undergoing a holistic digital transformation and venture investments in the region have grown five-fold since 2016. After a slower start than other markets such as Asia, Latin American consumers and businesses are now rapidly adopting digital services across all aspects of society. Latin America ecommerce grew 36.7% in 2020, the highest growth in the world. With a deep understanding of the technologies being developed by its portfolio companies, Amadeus is backing entrepreneurs to win”, says Beatriz.

As one of the few women in the industry in Brazil, Beatriz was also pleased to join a women-led firm. Amadeus CEO and co-founder Anne Glover is committed to the fund strategy and will bring further experience into the Investment Committee. For Anne Glover, “Beatriz Amary brings much experience and a great network in the region. Having seen how tech transformed Europe over the last two decades, we are incredibly excited about the huge investment opportunity as the same technological revolution plays out in Latin America”.

Beatriz Amary
Graduated from Fundação Getulio Vargas (FVG), with an MBA from Harvard Business School, Beatriz Amary started investing in Latin America in the late 90s, when the private equity and venture capital industry was still nascent. Before joining Amadeus, she spent 12 years leading the investments in education, consumer and retail for Actis, an emerging markets private equity investor. Prior to that she was at JPMorgan Partners.

While a later stage investor at Actis, Beatriz experienced how technology can alter companies’ growth trajectories and transform business models. Beatriz led successful investments in Cruzeiro do Sul Educacional, a post-secondary education group driven forward by distance learning, and CNA, an English Language Training provider, that also launched hybrid products to improve access to a broader set of students. Other successful investments by the Actis team included XP and Stone.

With vast experience and a great network, Amadeus’ team of investors and entrepreneurs share a passion for the transformative power of technology. 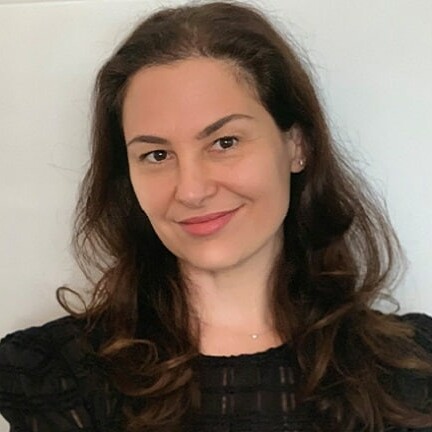