London, 19 February 2019: Senseon, the next generation AI platform for cyber defence, today announces the completion of a seed funding round of $6.4m. Leading the investment is research-led venture capital fund MMC Ventures, alongside Mark Weatherford, Chief Cyber Security Strategist at vArmour and former Deputy Under Secretary for Cybersecurity, U.S. Department of Homeland Security. Additional investors include Amadeus Capital Partners, Crane Venture Partners and CyLon.  The funding will allow Senseon to continue its rapid expansion in the UK and increase its presence in EMEA and the US.

Founded in 2017 by David Atkinson – the first ever cyber operative within the UK’s specialist military units – Senseon empowers businesses to keep pace with the increase of emerging cyber-attacks. Atkinson’s extensive expertise in cyber security, both for enterprises and at a national level, inspired him to create the ‘AI Triangulation’ system at the heart of the Senseon platform.

Founder and CEO of Senseon, David Atkinson, said: “Cyber-attacks are one of the greatest concerns for the modern business. Organisations’ networks are becoming increasingly complex and accelerated tech adoption creates additional noise for attackers to hide within. Meanwhile, attacker innovation is growing, and their techniques evade current cyber defence tools, which are unable to differentiate between genuinely malicious threats and merely new or unusual activity.

“The Senseon team understands too well the woes of enterprises and their security teams who have to keep up with the evolving landscape of cyber-crime, while also trying to cut through the noise and work out which threats on their network are genuine. We created Senseon to tackle this specific problem. The intelligence behind the Senseon product, and its ability to automatically detect and investigate threats across the entire organisation, is reducing the burden placed on already-stretched security teams and freeing up resources to focus on what matters: investigating actual threats.”

“This is an evolving and difficult problem which requires a world-class team to solve it. We have been very impressed with David and the Senseon team and are excited to be a part of their next phase of growth.”

CyLon Co-Founder, Grace Cassy, said: “Businesses see real value in the way Senseon’s product – through the use of AI Triangulation – can provide them with one cohesive platform that protects their organisation from emerging threats, replacing the need to purchase and maintain multiple single-point solutions.”

Senseon is the next phase of AI for cyber defence, moving beyond rules-based systems that are too rigid to keep pace with emerging cyber-attacks or ineffective AI systems which cannot differentiate between unusual behaviour and malicious threats. Unique to Senseon, ‘AI Triangulation’ understands and correlates threats across an organisation’s entire digital estate, providing much needed context and clarity in an increasingly noisy landscape. Founded in 2017, Senseon brings together cyber security experts, former government cyber operatives and applied machine learning specialists. Headquartered in London, UK and Chicago, USA, Senseon also has a presence in the Middle East and Australia. Find out more at www.senseon.io 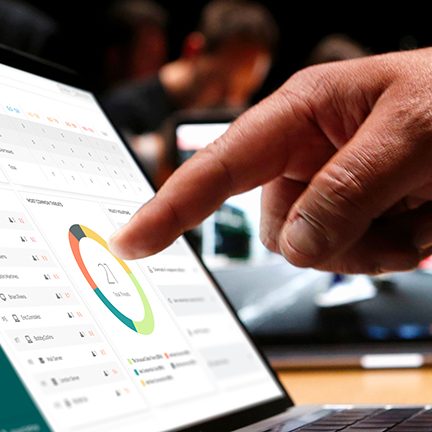