The creation of the £2.5bn programme is one of the key outcomes of the Patient Capital Review. Announced by the Chancellor at Autumn Budget 2017, the programme is an important element of the Government’s Industrial Strategy. It will support UK businesses with high growth potential to access the long-term financing they need to scale up. By investing alongside the private sector, British Patient Capital will support a total of £7.5bn of investment for British businesses. British Patient Capital will be developed as a separate subsidiary of the British Business Bank with a view to future sale into the private sector with an established portfolio and proven track record.

The British Business Bank’s Venture Capital Catalyst programme’s existing and approved commitments of c. £400m will be transferred to British Patient Capital, allowing the new programme to start with a strong track record of commitments to venture and growth capital funds. Among the investments being transferred are:

Rt Hon Philip Hammond MP, Chancellor of the Exchequer, said: “The UK is home to some of the world’s most innovative companies and I want to make sure that they stay at the forefront of the tech revolution. So, British Patient Capital will provide an extra £2.5 billion for these cutting-edge businesses ensuring Britain remains one of the best places to start and grow a company.”

Rt Hon Greg Clark MP, Secretary of State for Business, Energy and Industrial Strategy, said: “Through our modern Industrial Strategy, we are working to support companies both large and small to scale-up and maximise their potential. British Patient Capital will make a valuable contribution to this aim, helping to build Britain’s status as the best place in the world to start and grow a business and ensuring UK firms can access the long-term investment they need to succeed.”

The British Business Bank has significant experience as both an institutional investor and supporting a diverse patient capital market. Its Enterprise Capital Funds (ECF) programme has an investment capacity of £1.1bn of funds and helped grow several start-up funds into major names in the venture capital market. The Bank’s Chief Executive Keith Morgan has been appointed as the Chairman of British Patient Capital.

Keith Morgan, Chief Executive, British Business Bank and Chair of British Patient Capital said: “A major barrier holding back the continued development of young innovative firms is access to longer-term investment. The lack of this patient capital slows these firms’ growth and holds back the UK’s productivity. British Patient Capital has been created in consultation with Government and the finance community to help ensure that high potential, high growth businesses can access the long-term finance they need to build the UK’s innovation economy.”

Simon Cook, CEO, Draper Esprit plc said: “Having invested in businesses such as Perkbox, Lyst, Graphcore, Graze and, more recently, Revolut, we have a strong record of working with ambitious UK start-ups throughout the country, from Bristol to Newcastle and Cambridge to Belfast. As such, we are delighted to be working with the British Business Bank and their British Patient Capital programme to provide UK start-ups with the investment they need to scale up and become the Googles, Facebooks and Amazons of tomorrow.”

Non-Executive Directors
Two non-executive directors have been appointed to the Board of British Patient Capital:

Existing proposals that qualify under the existing Venture Capital Catalyst programme will now be processed under the British Patient Capital programme.

DOWNLOAD A PDF OF THE BRITISH PATIENT CAPITAL INFOGRAPHIC

Notes to Editors
About the British Business Bank
The British Business Bank is the UK’s national economic development bank. Established in November 2014, its mission is to make finance markets for smaller businesses work more effectively, enabling those businesses to prosper, grow and build UK economic activity. Our remit is to design, deliver and efficiently manage UK-wide smaller business access to finance programmes for the UK government.

The British Business Bank is currently supporting almost £4bn of finance to more than 65,000 smaller businesses and participating in a further £6.6bn of finance to mid-cap businesses (as at September 2017).As well as increasing both supply and diversity of finance for UK smaller businesses through its programmes, the Bank works to raise awareness of the finance options available to smaller businesses. It has published the Business Finance Guide (in partnership with the ICAEW, and a further 21 business and finance organisations). This guide impartially sets out the range finance options available to businesses – from start-ups to SMEs and growing mid-sized companies. Take the interactive journey at www.thebusinessfinanceguide.co.uk/bbb or download/print a copy.

About the Patient Capital Review
Some of the UK’s highest potential, most innovative start-ups can struggle to scale-up because of a lack of long-term finance. Enabling greater access to patient capital is a key element of helping high-growth start-ups reach scale, and of funding capital-intensive research & development-based businesses. The success of these businesses can play a vital role in the UK’s future economic growth. 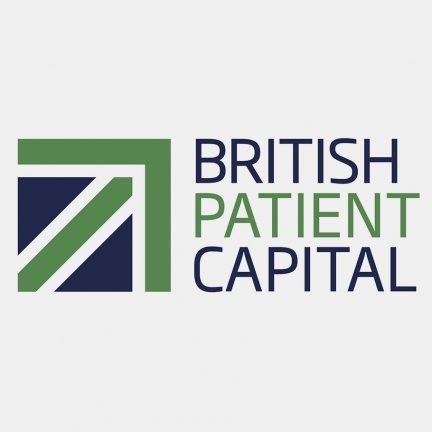